NotApathetic A platform for the non-voter

NotApathetic was a mySociety project, built so that people who were planning not to vote in the 2005 UK General Election could tell the world why.

NotApathetic didn’t try to persuade people that voting is a good or a bad idea – it was just there to record and share explanations, whether ideological, practical or other.

It aimed to give a voice to the 40% of people who don’t vote, but who are not generally given a platform. It also encouraged some thoughtful discourse into why some members of society feel unable to participate in electoral process – you can still browse the archive of 2005 responses here.

Why have we closed this site?

NotApathetic was one of several democracy sites conceived and run by mySociety, many of which continue to flourish. It just wasn't possible to give the necessary time and resources to all of them, and so we now focus on running our core sites and providing support to international partners. Read more

We ran it as a one-off project for the 2005 UK general election, but we believe a site like NotApathetic would be useful at any election; we just don’t have the time to do it again ourselves. If you’re at all interested in taking it over and running it, get in touch and we’ll tell you what’s involved. 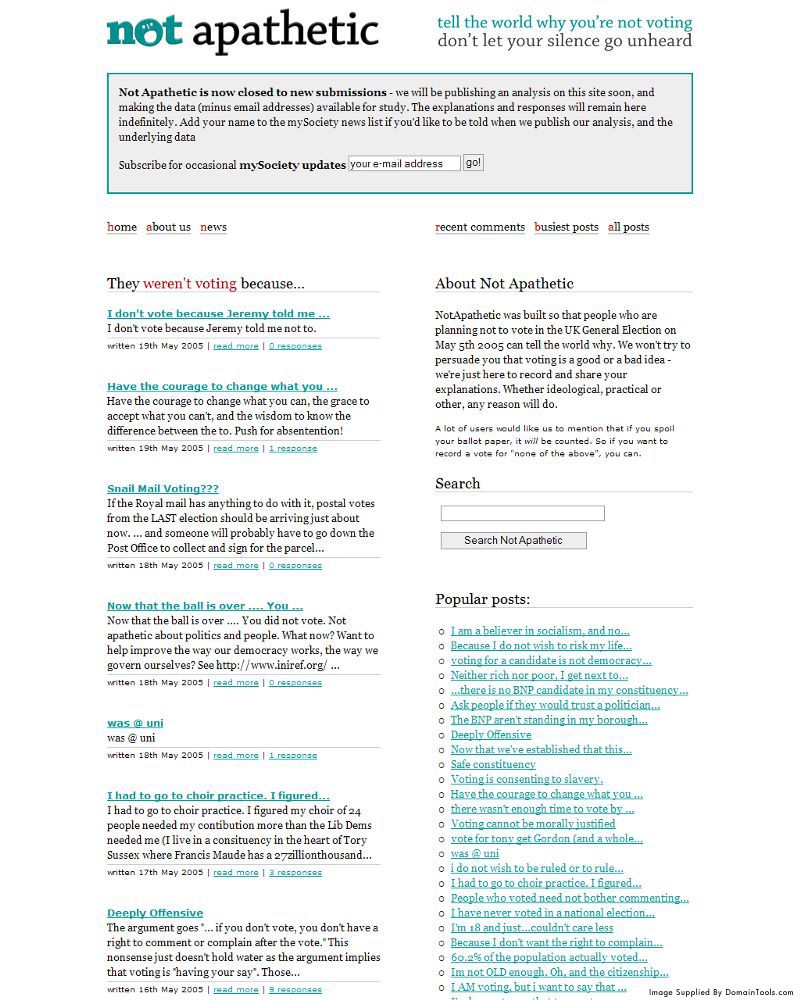 View the code on GitHub Contact us about this site